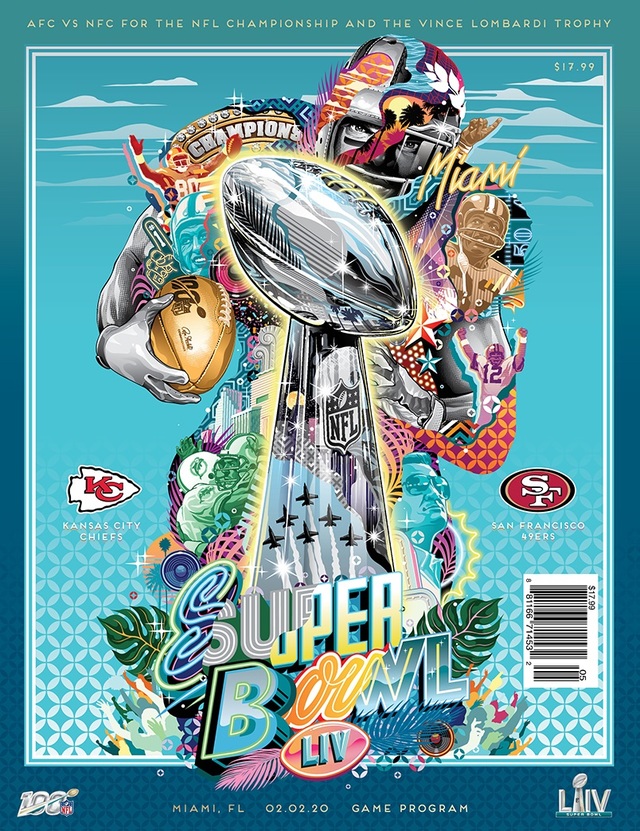 The brilliantly designed Super Bowl LIV Official Game Magazine is a fitting tribute to the biggest championship game in sports. A collectors item for both fans of the playing teams and the game itself, the program is packed with in-depth analysis of the AFC and NFC champions, a review of the 2019 season, game-by-game history of the Super Bowl, and more than a dozen feature stories penned by some of the most-respected football writers in the country. SHIPS IN A PLASTIC MAGAZINE BAG AND CRUSH PROOF MAILER TO PROTECT YOUR INVESTMENT.